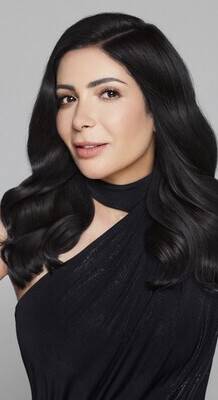 L’Oréal Paris announced the latest addition to its Family, Superstar Actress Mona Zaki as the new spokesperson in the MENA Region. Mona is a successful Egyptian Actress having started her career at the age of 16 with a role in “Bel Araby Elfaseh” under the well-known Actor and Director Mohamed Sobhy. She has portrayed many diversified roles throughout her career, showcasing her exceptional talent, while working alongside the region’s top actors and directors in over 60 movies and series.

Through her acting career, Mona Zaki has become a quintessential star of her generation, portrayed as a role model for successful women in the field of cinematography. Throughout her career, Mona has won multiple prestigious awards and was recently honoured with the Faten Hamama Award of Excellence during the 42nd Edition of the Cairo International Film Festival.

Aside from her acting career, Mona Zaki is a UNICEF ambassador since 2017 and has contributed immensely to raising awareness on many national charity and advocacy campaigns towards child labor, malnutrition, poverty, and the effects of violence on children. She is also an advocate on Women Empowerment, using her voice to support women of various circumstances including cancer and gender equality, and highlights these subjects in some of her cinematic roles such as Dam Elghazal and Ehki Ya Shahrazad.

Mona commented: “I am excited to be working with L’Oréal on this collaboration, I have always believed that real beauty is about honouring beauty from within and embracing our differences. Knowing your worth and being confident about what you believe in helps you recognize the impact you can make! This is why L’Oréal Paris’ values go hand in hand with my own personal beliefs. Adding “Because You’re Worth It” is a driving notion for women to feel valued, that is why I am extremely proud to represent and encourage Arab women throughout their own self-worth journeys. I aim to do so not only through the cinematic roles that I play, but also by being a ‘voice’ to encourage and highlight their inspirational stories and narratives, to help them harness their own voices into beacons of power”

Delphine Viguier-Hovasse, The Global Brand President of L’Oréal Paris stated “We are honored to welcome Mona Zaki to the L'Oréal Paris family. Not only is she a talented actress, but also a strong woman committed to many humanitarian causes, using her voice to fight for children’s rights and women’s emancipation. She is a Woman of Worth, and we are thrilled to have her onboard!”

Fans can expect to see Mona featured in L’Oréal Paris’ upcoming range of beauty, skincare and haircare products that cater to the diverse and unique requirements of all women across the region.