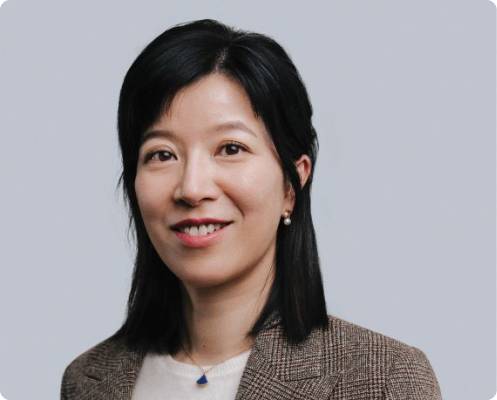 Neuroscienti - Laureate for Asia and the pacific

Professor and Executive Director of the Neuroscience Centre of Zhejiang University School of Medicine, China

Leveraging neuroscience to revolutionise our understanding of mental health.

Professor Hailan Hu is awarded for her major discoveries in social and emotional neuroscience. Her ground-breaking work has revolutionized scientific understanding of mental health and, deciphered the mechanism of depression to inform innovative treatment strategies and new medicines. These breakthroughs are vital in the wake of the mental health crisis sparked by the Covid-19 pandemic, with nearly 30% of the global population suffering from depression according to Lancet. Professor Hailan Hu is passionate about raising awareness and illuminating pathways to high impact solutions, particularly given that in many parts of the world, the illness remains largely under diagnosed and still taboo.

“The brain is arguably the most complex system in the universe,” she says. “Billions of nerve cells connect with each other, forming trillions of connections and executing some of the most fascinating functions such as thoughts, emotion, and learning. I foresee that one day our understanding of the neurological mechanisms behind psychiatric diseases will be advanced to the level that enables us to create a cure to help people suffering from these illnesses.”

At her eponymous laboratory at the Zhejiang University School of Medicine, one of China’s most revered and historic medical schools, she and her team research how emotional and social behaviours are encoded in the brain and how they are shaped by experience through changes in the relevant neural circuits. Notably, she has made significant advances in understanding the rapid and effective impact of ketamine on a small area of the brain called the habenula, an area that becomes highly activated during depression. It transpires that ketamine is distinctly more efficient than traditional anti-depressants. Identifying this direct connection has therefore shed new light on the evolution of the illness and represents one of the most important major discoveries in mental health in recent years.

As a young child, inspired by stories and films, Professor Hailan Hu told her father that she wanted to either become a writer or a scientist, which she envisioned as glorious careers. While pursuing her school studies, she realized she was far stronger in mathematics and science, and thus began her journey to be a scientist. She was supported by her parents and encouraged by her physics and biology teachers, who cultivated her ability in logical thinking and interest in natural science.

During college, while studying biochemistry, she determined that she would dedicate her career to neuroscience, when she became absorbed by the ideas expressed in the book From Neuron to Brain by Steve Kuffler and John Nicholls. She was also fascinated by experiments in class. “The idea that it is possible to measure and probe the function of electrical pulses sent by the brain was an eye-opener for me,” she recalls.


Professor Hailan Hu completed her PhD and postdoctoral training in the United States and returned to China to develop her independent research group. In 2015, her achievement wad already recognized by the national L’Oréal-UNESCO For Women in Science Young Talents program. While she is encouraged by the advances made in China in science and its leadership in some areas, she would like to ensure that the next generation of scientists can thrive, including by building a critical mass of mentors. She is grateful for her own role models, noting the transformational impact of her PhD mentor and neuronal development expert Corey Goodman, whom she describes as a powerhouse and a textbook example of high achiever, and the sophisticated problem-solving approach of leading neuroscientist Roberto Malinow.


As a woman in science, she has perceived subtle, subconscious forms of gender discrimination and witnessed the barriers to women advancing in science, such as limited opportunities to build networks and generate trust among scientific peers. As a member of the ALBA network, which strives to promote equality and diversity in neuroscience, Professor Hailan Hu is actively involved in turning the tide on these trends. Recognition is needed of this fundamental gender imbalance, and action taken to facilitate greater communication, particularly in empowering women to present their findings in a way that will be accepted as convincing by their male counterparts.


Finally, she encourages up and coming women scientists to overlook the objectification of women scientists by the media, which she believes overshadows their achievements and sets them apart from their peers. “It’s important to value your research and derive self-esteem purely from scientific achievement,”


“You never know what will be the new social favorite three months later, but there are reliables and dependables in science for years to come. So, if you love science, do not be afraid to become a scientist!”