As part of a unique initiative, four L’Oréal employees with a passion for organic farming have launched Seed Phytonutrients, a new professional beauty brand that has made local environmental responsibility its mission and seeds its key ingredient. Armed with contagious enthusiasm, Seed Phytonutrients wants to plant the seeds of health, well-being, and sustainability for future generations. 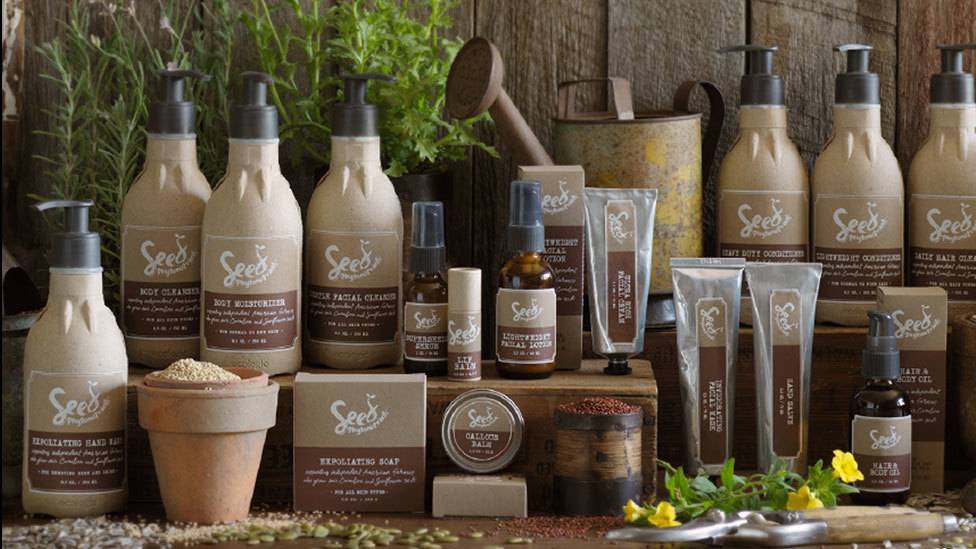 Launched in the United States on Earth Day, April 22nd 2018, Seed Phytonutrients is intended to be “the most organic brand ever created,” according to its founders. Led by Shane Wolf, International Brand General Manager at L’Oréal and a man with deep roots in farming, Seed Phytonutrients has set itself the task of reconnecting the beauty industry with the land—and that begins with the relationships it forges with farmers. Rather than use conventional suppliers, Seed Phytonutrients sources from small family-run organic farms that plant and harvest exclusively for the brand. As part of its commitment to these suppliers, the company pays for harvests in full and up front, whether crops succeed or fail. The win-win partnership allows farmers to invest in their farms and plan future harvests with peace of mind. This marks a paradigm shift in the relationship between farmers and the beauty industry and is designed to support farmers who take the organic route.

This initiative is part of L’Oréal’s Sharing Beauty With All (SBWA) sustainability program. Through SBWA, the Group has been promoting a more responsible production and distribution of cosmetics for the past 5 years. This is in step with the uncompromising aspirations of consumers, increasingly mindful of the challenges facing the planet.

A 100% natural start-up that took root in L’Oréal

The idea of a new organic, vegan brand had been germinating for some time already in Shane Wolf’s mind. After nurturing his project for 13 years, he launched it, confident that his entrepreneurial and environmentally friendly approach was in synch with the culture of the L’Oréal Group. He was soon joined by Brad Farrell, vice president of global brand marketing, Scott Schienvar, vice president of operations for the professional products division, and Lea Koussoulis, vice president of global media and communications. Chairman and CEO Jean-Paul Agon was won over by the team’s energy and sincerity. “I think people were surprised by the story, that this will be the most natural thing the company has ever seen,1” explains Brad. The four founding members set up their headquarters in Doylestown, Pennsylvania, and began work on hair, face, and body products. From the packaging, which is designed to have “as little impact on the earth as possible”, to the seeds themselves and the oil extraction methods used, nothing has been left to chance in the quest to create a non-synthetic, sustainable brand that will contribute to customer beauty while also energizing local organic farms in the US.

In a first for the Group, Seed Phytonutrients operates as an independent venture funded by L’Oréal. The brand has access to Group experts in everything related to product design but can also work with independent partners and suppliers.“It’s essentially a startup within a big company,1” says Brad. This is a new approach geared to foster an entrepreneurial ethos and promote sustainability within the Group. “We can break the rules,” says Lea. “We don’t have to do things the way we’ve always done them1.” This approach has enabled the team to design its whole organization to meet its specific challenges. And Seed Phytonutrients does not plan to stop there. “We’re not doing nearly as much as we’re going to do,” says Shane with a grin. To be continued.

1Sowing the Seeds of Sustainability Within the Global Beauty Industry, Modern Farmer
Back on Top