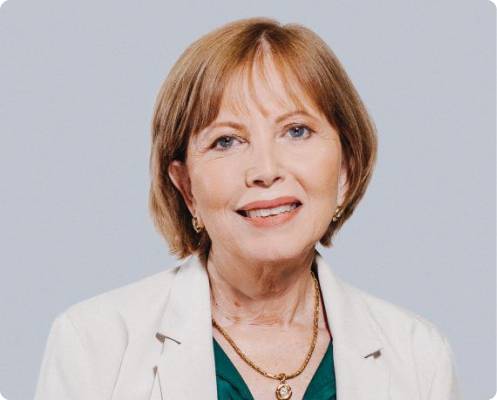 Infectious diseases/Virologist - Laureate for Latin America and the Caribbean

Director of the Center for Research, Diagnostic and Reference activity of the Institute of Tropical Medicine, Pedro Kouri (IPK), Havana, Cuba

Professor Guzmán is awarded for her pioneering work to address the devastating human infections caused by the dengue virus, one of the world's most serious diseases in terms of morbidity and mortality, causing 390 million dengue virus infections annually . Her research has led to a better understanding of its pathogenesis and risk factors, the origin of several epidemics of dengue haemorrhagic fever, the development of diagnosis and monitoring, and the search for potential new vaccines. It will also strengthen training for medical students and personnel, helping to ensure the next generations are better equipped to fight these viruses.

“My research in infectious diseases is an important and challenging area as viruses are constantly evolving and represent the main causes of emerging and re-emerging diseases and global emergencies,” she says. “I remain determined to investigate and develop new knowledge to control dengue fever using all the tools available, providing scientific answers to the many questions raised by current medicine.”

Professor Guzmán is proud of her contribution to bringing new hypotheses to the international scientific community on the causes and conditions favouring haemorrhagic dengue epidemics, in the wake of the 1981 epidemic in Cuba and the various other epidemics that emerged later on.

Amid the Covid-19 pandemic, she worked on the front line of national research, developing molecular diagnosis, conducting laboratory surveillance, taking part in the development of the Cuban laboratory network for the diagnosis of SARS CoV-2, and supporting the genomic surveillance of SARS CoV-2 variants and the evaluation of Cuban vaccine candidates.

As a child, Professor Guzman was naturally curious about the world around her, always wanting to explore further for explanations of diverse phenomena. She initially wanted to study astronomy before settling on medicine and pursuing research in the field of virology. Today, she is happy to have achieved her dream of dedicating herself entirely to science, encouraged and supported by her mother and her partner and scientific mentor, Professor Gustavo Kouri.

She has conducted all her research in her native country of Cuba, where she has thrived despite resource and technological challenges, working in two scientific centres of excellence (the CENIC  and the IPK ), and participating in prestigious national and international collaborations, including with the World Health Organization and the Panamerican Health Organization. While Cuba is a developing country with few natural resources, embargoed by the US, and where scientists face difficulties in gaining access to reagents and advanced technologies, Professor Maria Guzman believes anyone can study science there. In fact, many biomedical scientists in Cuba are women and they have all opportunities to study and to evolve in science studies.

“In Cuba, there is a strong understanding that study and scientific advances are everyone’s right and are fundamental to the development of the country,” she explains. “Biomedical sciences are among the principal priorities.” Indeed, the country hosts more than 86 thousand people dedicated to Science Technology and Innovation activities with an indicator of more than 1.6 professionals dedicated to research/development for every 1,000 inhabitants. Since the pandemic, Cuba is particularly focused on scientific research, building networks in science and integrating a wider variety of institutions.

The main obstacles she has faced are balancing family life with scientific research, although this has been partially overcome by unconditional support from her close relatives. She feels strongly that women scientists globally still face discrimination and unequal pay and are often marginalised when it comes to decision-making roles or obtaining funding for their scientific work. “There is a long way to go to achieving gender equality in science and society,” she concludes. “But making this journey is integral to the future of humanity.”

“Women have great strength and a lot to give to science.” In Cuba, more than 45,000 women are working in various scientific fields and represent more than 70% of doctors, paving the way for younger women to pursue careers in science and become scientific leaders.

“My message to women scientists everywhere is don't stop, don't give up.”