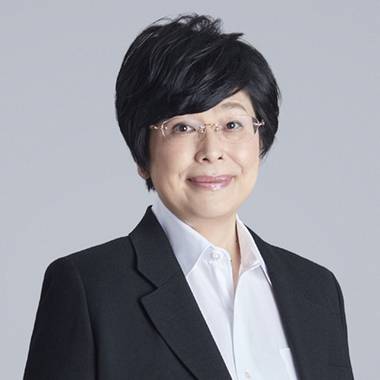 Chemistry - Laureate for Asia and the Pacific

Professor Kyoko Nozaki is awarded for her pioneering and transformative contribution to the field of synthetic chemistry. Her world-leading research in designing molecular catalysts for new types of organic and polymer synthesis has led to highly effective, sustainable production processes that help multiple industries to improve productivity and efficiency, while saving energy and reducing waste.

Her beginnings in Chemistry

At school, Prof. Nozaki liked physics and was encouraged by her teacher to continue her interest in science. But it was her undergraduate studies that really instilled in her a lifelong love of chemistry.

Professor Nozaki is currently leveraging her expertise to develop a high-performing PP - polar polypropylene - for car manufacturing, which can be made without the addition of harsh chemicals, is recyclable and improves fuel efficiency. She has also made an important contribution to synthesizing plastics from renewable resources, most notably from carbon dioxide.

Her own determination and pioneering journey have seen Professor Nozaki become the first and only woman professor in Tokyo University’s Engineering Department, and one of the rare women professors of science in the region. Since taking the post in Tokyo in 2002, her brilliance has been recognized by numerous international awards, including the 2019 Kuggie Vallee Distinguished Lecturer and the 2020 Chemical Society of Japan awards. She hopes that her publications and findings will inspire researchers in both academia and industry to further nurture her discoveries.

“The sheer versatility of chemistry allows us to create new substances that stand to change the world by enabling new technologies.” she says. “When I first applied the catalyst originally invented for drug synthesis to plastic synthesis, I was thoroughly impressed by the opportunities for its application in diverse fields.”

The place of women in the scientific field

Professor Nozaki remains disheartened by the disproportionately low number of women scientists in leadership roles, especially “compared to their ability, flexibility and openness to new ideas.” An openness for which international collaboration is vital, she believes.

“When I began my professional career, I believed the number of women would naturally increase, but I now realize continuous efforts for change are indispensable. It’s partly a question of entrenched values.”

“For example, in Japan, ‘Kawaii’ – which encompasses the idea of sweet-natured naivety – is too often considered the most favorable attribute for women. A ‘non-Kawaii’ woman may face difficulty in remaining true to her personality. Indeed, being competitive and aggressive is still considered as ‘manly’ in most cultures.” There should be no gender stereotyping in society or in science, she believes, and to overcome such perceptions, “it is truly important to highlight the contributions of outstanding women scientists to the world.”