Since 1998, the L’Oréal-UNESCO For Women in Science program has worked to empower more women scientists to overcome barriers to progression and participate in solving the great challenges of our time, for the benefit of all.

On the International Day for Women and Girls in Science on February 11th, 2021, the Fondation L'Oréal and UNESCO unveiled the 23rd For Women in Science International Awards, which honor five eminent women scientists with exceptional careers. Representing every major region of the world, they are rewarded for the excellence of their research in Physical Sciences, Mathematics, and Computer Science. 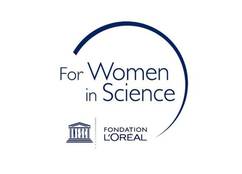 Based on the conviction that the world needs science, and that science needs women, the Fondation L'Oréal and UNESCO are committed to the promotion of women in science, in order to render them more visible, make their talent known and inspire vocations.

Discover more about For Women in Science

According to a new UNESCO study on women in science, while the number of women pursuing careers in science is on the rise, reaching just over 33% of the world's researchers, progress is still too slow, particularly in Mathematics, Computer Science and Engineering1.

Only 28% of engineering graduates and 40% of computer science graduates are women2.

Not only is this a matter of equality, it is also a global social issue, particularly given that the Fourth Industrial Revolution, also known as "Revolution 4.0", will be driven by these scientific fields - precisely those where women are most absent.

We are already seeing the dangerous biases generated by this lack of inclusiveness: in artificial intelligence, where women represent just 22% of people working in this field, algorithms frequently lead to discrimination mechanisms. Another alarming prospect is the over-representation of all women in jobs doomed to obsolescence: by 2050 half of all jobs in the world today are set to disappear, affecting 70% of women in a country like the United Kingdom.

It is therefore vital to act in favor of more inclusive research, and to encourage young girls to pursue careers in science, which too few still consider, despite being highly motivated to make a difference. Three out of four girls in Europe would like to contribute positively to the world through their jobs, but only 37% plan to pursue a career in science.

1 To be smart, the digital revolution will need to be inclusive: third chapter of the UNESCO Science Report: the Race against Time for Smarter Development, due for full release in April 2021.Link to the study.


2 Source of data: UNESCO Institute for Statistics. The figures for tertiary graduates cover 120 countries. The 33.3% share of female researchers is based on data for 107 countries. These data are the most recent for the years 2015-2018. 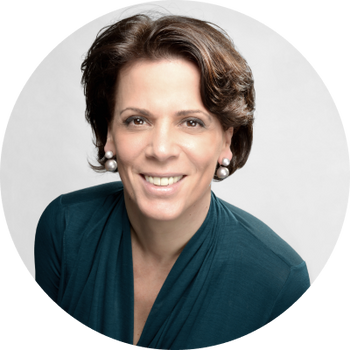 "The ‘invisibilization’ of women in science is still too significant. Today, less than 4% of the scientific Nobel Prizes have been awarded to women and the glass ceiling still persists in research. We absolutely must aspire to a profound transformation of institutions, of teaching and promotion of female researchers, of the system as a whole.”

Laureates honored for their excellence in science, including five who have gone on to win a scientific Nobel Prize

Women scientists have been recognized

“Moreover, this new study shows it is not enough to attract women to a scientific or technological discipline. We must also know how to retain them, ensuring that their careers are not strewn with obstacles and that their achievements are recognized and supported by the international scientific community. While they represent 33% of researchers, only 12% of them, on average, are members of national academies of sciences around the world."

About the Fondation L’Oréal

The Fondation L’Oréal supports and empowers women to shape their future and make a difference in society, focusing on three major areas: scientific research, inclusive beauty and climate action.

Discover more about the Fondation L'Oréal