They reinvent the apothecary experience and become experts in natural products.
They offer their consumers the opportunity to try products before they buy them to ensure it meet their needs.

They create the beauty that moves the world.

In the late 18th century, John Kiehl, a pharmacist with a keen interest in botany, bought a New York apothecary's shop first opened in 1851 by Louis Brunswick, a German immigrant. Inspired by old-world apothecaries, he used the new store to offer free consultations and custom remedies. At a time when many Europeans were making the United States their home, the Kiehl Pharmacy quickly established a following in a largely working-class neighborhood, building a reputation on the quality of its medicinal ointments, tonics and elixirs.

During the first world war, his apprentice, Irving Morse, a trained herbalist, left to join the war effort in Europe. On returning from the front, he took over the business and kept the name, along with its New York clientele, for whom he created a line of homemade homeopathic remedies, tinctures and teas. He turned the old apothecary's shop into a modern pharmacy, developing close-knit ties with customers, developing formulas tailored to their needs, and offering the option to “try before you buy”. The Kiehl's brand was set to take off.

Irving’s son, Aaron Morse, oversaw the company's expansion as it continued to soar to new heights. After the second world war, he established Morse Laboratories Inc. and developed new medicines, including the first fluoride treatments, sold in the family pharmacy. In 1961, the former fighter pilot officially took over the Kiehl Pharmacy business and gradually wound down the company's pharmaceutical operations to focus on developing its first cosmetic formulas.

And so the Kiehl's brand was born. All of its products, like Blue Astringent (1964), a multi-use herbal lotion made with camphor and menthol, would now be made from natural ingredients. In an astute competitive move, he also capitalized on his father's earlier approach and offered customers free samples to demonstrate the quality of the company's products. With his scientific background and unique outlook, he shaped a new image for the family firm, establishing Kiehl's as a specialist in natural products. The company officially made its mark on the international scene when it took part in the New York World's Fair in 1964.

Aaron Morse believe the quality of his brand would speak for itself. He avoided advertising campaigns in favor of word-of-mouth, building partnerships with artists and organizations that supported key causes. In 1979, Kiehl’s sponsored a Smithsonian Museum expedition to explore the secrets of Chinese medicine. This unearthed a number of rare and exotic plants and new formulas, which continue to inspire the firm’s products today. The entrepreneurial trio had forged a unique brand experience, with each generation distilling his own personality into the company. Kiehl’s joined L’Oréal in 2000.

John Kiehl, Irving Morse and Aaron Morse seized the moment.
They create the beauty that moves the world.
#beautythatmoves 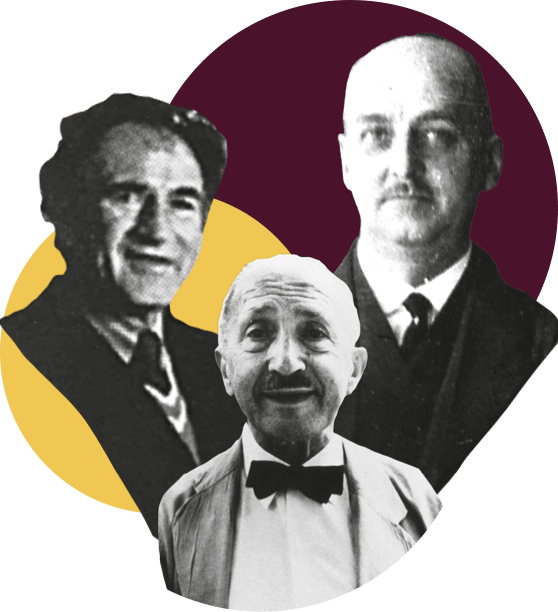