Our first model of reconstructed vascularized skin awarded by the ifscc

Our First Model Of Reconstructed Vascularized Skin Awarded By The IFSCC

At the 31st IFSCC Congress (International Federation of Societies of Cosmetic Chemists), our Research & Innovation teams presented their recent work on skin and hair. In this edition on the theme "Beauty and Happiness - Pushing Boundaries", L'Oréal was under the spotlights with 7 podiums, 34 selected posters, and the prestigious award on Applied Research for its new model of vascularized reconstructed skin.

The vascularized reconstructed skin: a milestone in the history of skin engineering

L’Oréal has been a pioneer in alternative methods for more than 30 years. As early as 1979, we built human skin in the laboratory to develop in vitro safety tests as an alternative to animal tests and have continued developing our skin engineering expertise since then.

The work of Dr Sacha Salameh and her teams contributes to our long-standing efforts and has been awarded with the IFSCC jury Applied Research Award for : "A fully vascularized and perfusable skin model for topical and systemic applications".

What is this about?

Ever closer to the reality of human skin, our teams have succeeded in recreating and working on reconstructed skin models integrating blood vessels to regenerate to form a complex vascular network. This model, which is more relevant from a physiological point of view, is also more predictive and reliable for the topical evaluation of our products and the study of the interactions between our body and the skin.

"Being a biologist by major, specializing in cell biology and skin engineering, I had the chance to be at the crossroads of biology, physiology, and microfluidics, but also between Japan and France on this multidisciplinary project which was only possible thanks to the collaboration between experts from different backgrounds."

The microbiome, at the center of the fight against skin aging

An actor to revive the secretion of sebum

We are conducting active Research on the skin microbiome, an ecosystem of 100,000 billion microorganisms living on the surface of our skin. These bacteria play an essential role in our body, continually interacting with our cells. But this protective screen is fragile, and its balance can be easily altered by the excessive multiplication of protective bacteria or the installation of unwanted bacteria. If there is an imbalance, then skin damage may appear - micro-inflammations, eczema, or acne.


In this Congress, we presented the latest results, which show that it is possible to restart sebum production thanks to the supply of specific nutrients. Sebum plays an important role in the skin's balance by forming a protective film on its surface. It participates in particular in maintaining hydration. Relaunching the secretion of sebum, for example, at menopause, could be a key avenue in the fight against aging in women after 50 years.

An ally in the fight against pollution


Another study conducted on the subject also allowed us to highlight a direct link between air pollution and the microbiome modification.

In previous work, our researchers had shown that the combination of polluting particles and solar radiation such as UVA had harmful effects on our skin's quality.

In heavily polluted cities, in particular, we can observe the skin's premature aging with the appearance of large pigment spots and the worsening of wrinkles.

On the occasion of this Congress, we showed that polluting particles were associated with a change in our skin microbiome. Therefore, targeting the microbiome could be a new approach in the fight to reduce the effects of the environment on the aging of our skin. 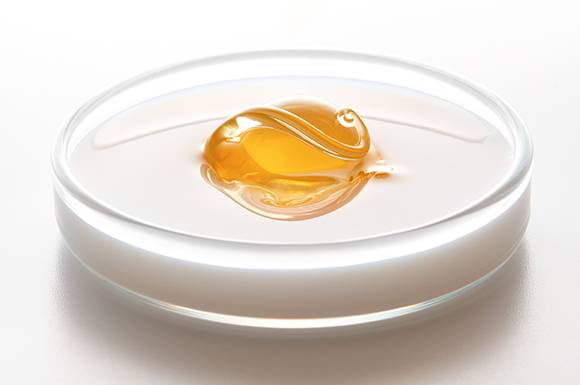 Finally, our teams have also worked on solutions to fight external aggressions on the skin, such as UV rays and pollution. During the Congress, they presented the first self-healing and self-repairing cosmetic formula offering the skin a barrier against these attacks. This new invention is in the form of a cream capable of forming a resistant film on the skin's surface, preventing the adhesion of pollution particles and allowing uniform distribution of sun filters on the skin. This film is the first to be eco-designed and resistant not only to water or sebum but above all capable of self-repairing in the event of scratching or friction. 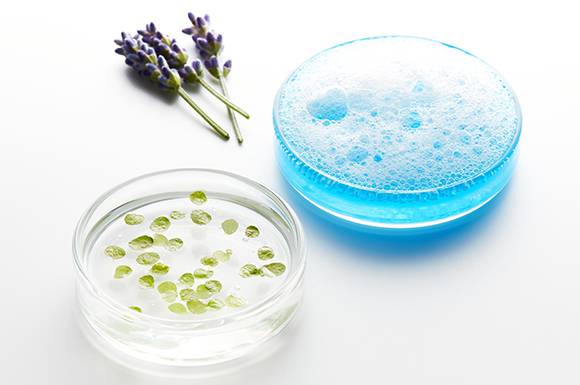 Allow transparency and tracing of our products

The IFSCC Congress also allowed us to reaffirm our desire to promote rigorous and transparent cosmetic Research. Therefore, we have presented a study on developing a carbon-14 tracing technique aimed at verifying the natural origin of our raw materials and guaranteeing the traceability of our products.

Inscribed in our DNA and our history, our Research is more than ever alive and abundant. Our investment in R&I was recognized at this IFSCC Congress.

"This year, the quality of the work proposed by L'Oréal was particularly recognized by the organizers, since the share of voice of Research & Innovation in 2020 is historical and I would like to congratulate the teams for their consistent collective work".

The next IFSCC event is the 2021 Conference in Cancun and will offer our US and Brazil Hubs the chance to represent Research in this part of the world. .

Discover How We Innovate Through Science